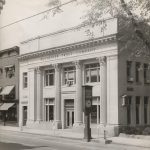 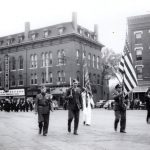 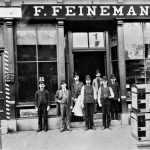 Rochester was originally incorporated as Norway Plains in 1722. The first settlers did not come to stay until 1729 because of fears of Indian raids during King Phillips War.  The early settlers struggled through difficult times and Indian attacks. Sixty families settled on and around Haven Hill, now known as Rochester Hill, the center of the early town.  One well known settler was the Rev. Amos Main, a greatly honored and beloved minister from 1731 until his death in 1760.  In addition to his church responsibilities, he served as doctor, lawyer, and advisor for the area and often traveled long distances away from Rochester. Although he carried his gun as well as his Bible, the Indians had so much regard for his character, he was never attacked. The Parson Main Monument in downtown Rochester was erected in 1896 in his memory.

During the first decades after settlement, lumbering was the main occupation of the settlers. Trees were cut in the Whitehall Swamp for the King’s masts and for lumber.  In addition to lumbering, economic vitality came to Rochester, due in part to being blessed with three rivers, the Cocheco, Salmon Falls and Isinglass.  These rivers provided fertile land for farming and water power for industrial growth.

The 1800s brought major industries such as woolen mills and shoe factories.   The demands of the Civil War were responsible for the beginning of the Cocheco Manufacturing Company in East Rochester in 1863 which made woolen blankets for the soldiers.  Soon the shoe industry, which began in 1843 with small neighborhood shops, became a large mechanized industry with shoe shops like the Wallace Shoe Company which covered five acres on South Main Street.  Other large industries included machine making, box making, and brick-making.  By the late 1890s, Rochester bustled with industry, and four major railroads carried out the goods produced and carried in tourists and businessmen.  Hanson Street and Main Street became lined with shops and restaurants, as well as several hotels near the train station.  Immigrants, especially from Canada, came to Rochester to work.

In 1874, Rochester residents wanted a local fair with agricultural and mechanical displays.  Their early efforts enabled them to buy land off Lafayette Street and build Cold Spring Park in 1879.  The Granite State Fair (formerly known as the Rochester Fair) has been held there each September since.

Municipal buildings, including City Hall and the Public Library, were constructed in Rochester in the early 1900s.  The Opera House, located on the second and third floors of Rochester’s City Hall, was the center of Rochester’s culture for decades.  It is believed to be the only one of its kind still surviving.  It is of unique design with slanted balconies, moveable seats and a floor that can be raised and lowered to suit the occasion.  Because of its history and uniqueness, major restoration efforts continue to preserve this magnificent treasure.

The depression of the1930s hit Rochester hard, but by mid-century, Rochester enjoyed the development of a major highway system. The Spaulding Turnpike brought new industry and created urban and suburban growth. The city’s commitment to economic development continues to spur growth of manufacturing and high-tech companies.  The combination of the quality lifestyle, natural beauty, and economic diversity found here keep these companies calling Rochester their home.

Thanks to the work of the City's Trustees of the Trust Fund and author, Kathryn Grover, a comprehensive History of Rochester book has been published and can be found at  Rochester City Hall or the Greater Rochester Chamber of Commerce.